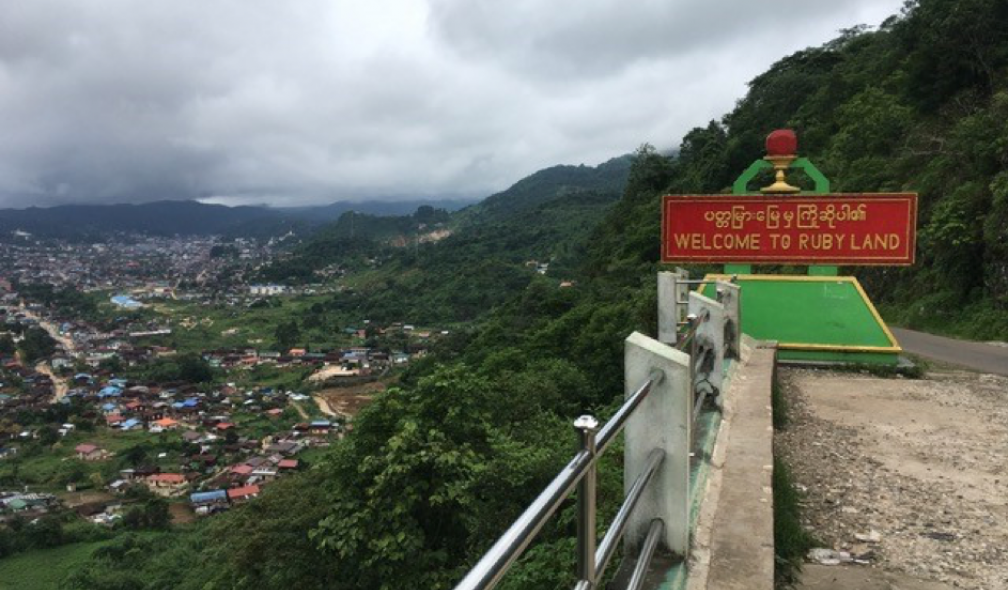 Welcome sign and Mogok seen from the view point

In July 2019 a team of gemmologist from GGTL and AIGS went to Mogok to witness gemstones extraction by independent miners and gather reference samples for the laboratories. After the publication of the fascinating book “Mogok: The Valley of Precious Stones” in 2018, Kennedy Ho and Franck Notari were eager to go back to this wonderful place, which always promises great new discoveries. At the time of the visit the mining licenses were not renewed so the independent miners were very active in the area and were bringing a lot of material into the new market next to the lake.
Despite the wet weather and the muddy roads, the team of gemmologist had the chance to visit several mines including Dattaw (primary ruby deposit), Baw Mar (sapphire primary deposit) and Yadanar Gadaygadar (sapphire secondary deposit). The team spent some time in the Baw Mar mine as a new, much more attractive, colour quality of sapphire has been recovered just before the licence was not renewed. The mine is quite singular as it is one of the few primary sites for sapphire in the Mogok region and the geological processes responsible for this deposit are still not clearly defined. Accompanied by a geologist, the team was able to gather host-rock and sapphire samples for an ongoing study.
After spending the day visiting mines, they also enjoyed Mogok and its surroundings thanks to Jordan, their local guide. The lush green vegetation was astonishing and the sceneries, people and local food were heart-warming too.