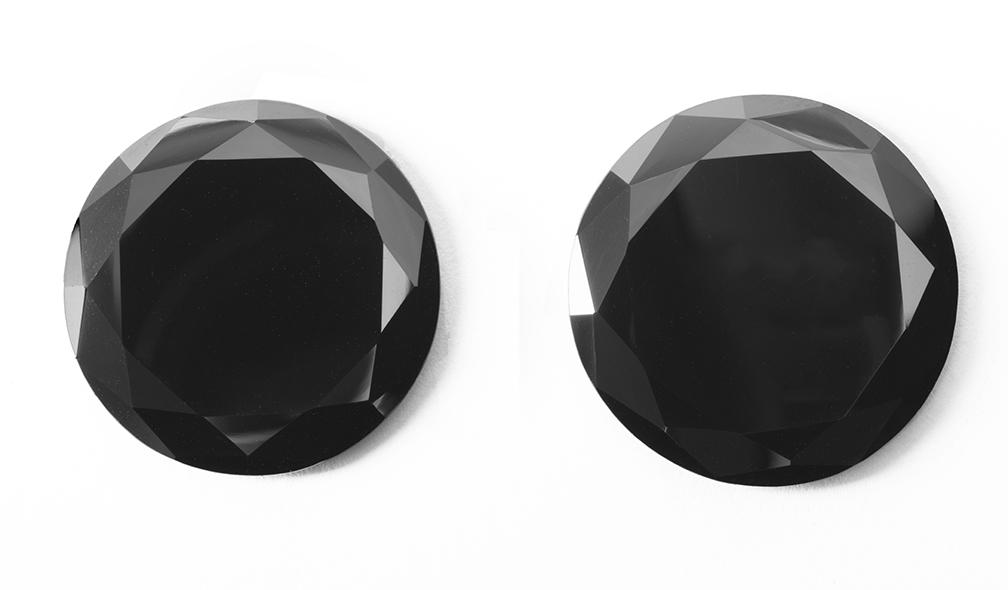 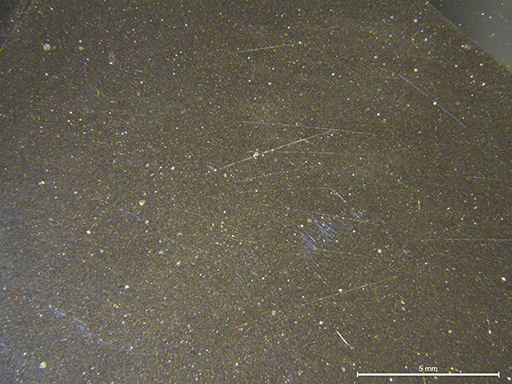 The microtexture was very similar to that of black ceramic material (boron carbide) imitating black diamond that was described by Choudhary (2013; see Figure 2-below) but was different from the mosaic pattern in black synthetic moissanite described by Moe et al. (2013). Minute interstitial spaces in our samples measured 5-150 μm (mostly ~50 pm). 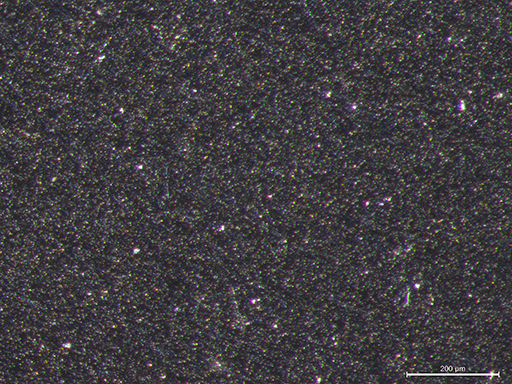 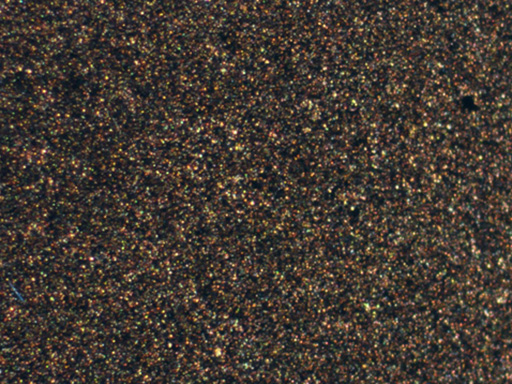 Figure 2: On the top, the 34 ct synthetic moissanite shows a very fine-grained homogeneous texture with minute reflecting particles. A similar texture is shown in the image below of a boron carbide black diamond imitation. Top: Photomicrograph by F. Notari ; Below: Photomicrograph by Gagan Choudhary (magnified 48x; reprinted with permission from Choudhary, 2013).

The two gems were inert to long- and shortwave UV radiation but showed faint orange fluorescence when exposed to the intense 300- 410 nm excitation of the GGTL DFI luminescence microscopy system. Their RI was over the limit of our refractometer (> 1.81), and they tested positive for diamond with a thermal conductivity tester. The hydrostatic SG of the two samples was 3.16, and a hardness test showed >9 on the Mohs scale. (Hardness was tested with the client's permission on the girdle at 160x magnification.)

Specular reflectance FTIR spectra were recorded for both gems using a Thermo Nicolet Nexus spectrometer with a DTGS (deuterated triglycine sulphate) detector, by accumulating 20 scans at room temperature at a resolution of 4 cm-1 . The spectra showed features corresponding to a reference sample of green synthetic moissanite (Figure 3). 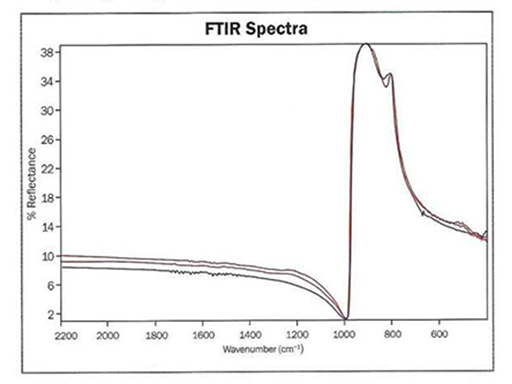 EDXRF chemical analysis was also performed on both gems, using a Thermo Noran QuanX-EC instrument with all available filters (count time of 300 s and a beam diameter of 3.5 mm). The analyses showed major amounts of Si and traces of Fe, Cr and Ti. This is consistent with synthetic moissanite, which has a chemical formula of SiC (carbon cannot be detected by this instrument). The Fe, Cr and Ti are likely contained in the impurities that give the black appearance to this material.

This type of black synthetic moissanite is now clearly available in the market as large cut gems. In October 2014 we bought a sample weighing 210.65 ct (diameter ~41 mm) for comparison, and our observations and analyses of this gem were consistent with those described here.